The VX1000, introduced in 1995, was the first digital consumer MiniDV camcorder. It is also widely used by professional skateboarding videographers. Century Optics designed the Mk1 fisheye lens just for the VX1000. The VX1000 excels at daytime colors.

These models gained wide-scale popularity when paired with Century Optics Mk1 or Mk2.

The VX2000/PD150 sister models improved on the VX1000 in low light sensitivity and added LCD screen. Both models have 1/3' CCD sensors while the PD150 has XLR audio inputs and independent iris and gain controls.

The Sony HDR-HC1, introduced in mid-2005 (MSRP $1999 US), was the first HDVCMOS camcorder to support 1080i. The CMOS sensor has a resolution of 1920x1440 for digital still pictures and captures video at 1440x1080 interlaced. The camera supports digital image stabilization.

The camcorder can convert captured HDV data to DV data for editing using non-linear editing systems which do not support HDV or for creating edits which are viewable on non-HDTVtelevision sets. Hotstar free the gentlemen 2019 movie download in hd quality torrent.

The HVR-A1 is the prosumer version of the HDR-HC1, having additional manual controls and XLR ports.

The Sony HDR-HC5, introduced in May 2007 (MSRP $1099 US), was the third DV tape HDV CMOS camcorder to support 1080i. The 1/3' CMOS sensor has a resolution of 2MP and interlaced 4MP for digital still pictures and captures video at 1440x1080 interlaced. Digital photos can be stored on a Sony Memory Stick. It requires a minimum of 2Lux. 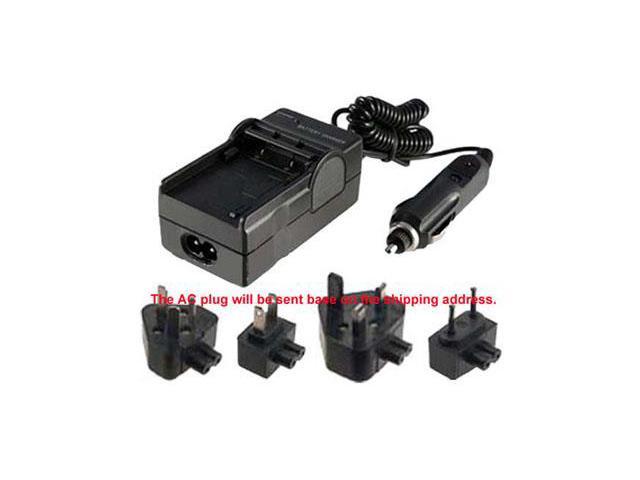 In December 2007, Sony released the HD1000, the shouldermount version of the HC7. Its advantage include much more stable off-tripod footage; full-size zoom control; custom ring to manually control focusing, exposure (iris and gain), zoom, or shutter speed; support for a large video light on its front coldshoe; and wireless audio.

The Sony HDR-FX1, introduced in late 2004, was the first HDV 3 CCD camcorder to support 1080i (1440 X 1080 resolution with 4:2:0 color sampling). The Sony HVR-Z1U is the 'professional' version of this camera with additional features such as balanced XLR audio inputs, DVCAM recording, and extended DSP capabilities (i.e. cine/gamma controls).

When the audio mode of HDR-FX1/HDR-FX1E camcorder is switched to the 16-bit setting (in DV mode) and the unit is then turned off, the unit resets to the default 12-bit setting, though the LCD indicator of the unit continues to display the 16-bit audio setting.

The Sony HDR-FX7, was introduced in September 2006. The new camcorder is the first camcorder below $3,000 to offer full 1080 HD resolution with a three-chip sensor.

The Sony HDR-SR1, introduced in late 2006, was Sony's first high definitionhard disk drive based camcorder. It launched with a 30 gigabyte internal drive and - along with the Sony HDR-UX1 - is the first camcorder that records high definition video in AVCHD format. In June 2007, Sony released two new AVCHD format HD Hard Disk camcorders, a 40GB (HDR-SR5) and 60GB model (HDR-SR7), both of which add the ability to record Dolby Digital 5.1.

In June 2007, Sony released the HDR-CX7, the first Sony AVCHD camcorder to record video to a memory card. The product comes bundled with a 4GB Memory Stick Duo that holds 30 mins of HD video.

Sony HDR-CX7 weighs 15 ounces with the supplied battery and can record nearly one hour of full HD 1080 video on an 8-GB memory. It can record longer videos at lower resolution or quality.

This handycam features a crash-proof recording system.[citation needed] It is equipped with a 6.1-megapixel CMOS image sensor and a 5.4-54mm/F1.8-2.9 zoom lens.

It saves files with a resolution of 1440 * 1080i. The video format specifies a rectangular pixel shape. Most players render this as 1920 * 1080 format after adjusting for the rectangular pixels.

For this camera, the maximum recording rate is 15 Mbit/s.

The Sony HVR-Z1 is a professional, broadcast quality, HDV camcorder. It is popular for producers of documentaries and other television programs because of its small size and relatively low cost. It records in 1080i.

It uses the DV recording format however it can record in DV, DVCAM and HDV versions of the format. It can also record in PAL (25 frames) and NTSC (30 frames).

The Sony HVR-Z5 was introduced in October 2008. It uses Sony's new G-Lens, alongside the 3 ClearVid CMOS Sensor system, which works well in low light. The HVR-Z5E can switch between HDV 1080i, DVCAM and standard DV recording.[citation needed]

The Sony HVR-Z7 and HVR-S270 video cameras, introduced in early 2008, were the first 3 CMOS sensor HDV camcorder that records on tape and/or CF card. In previous prosumer models, Sony released model pairs that shared the same optics and sensors, such as the VX2000/PD150, VX2100/PD170, Z1/FX1, and V1/FX7; where the VX/FX was the consumer version and the PD/Z was the professional/prosumer version. The consumer models lacked professional features such as XLR inputs and some manual controls. The HVR-Z7 breaks this pattern as it has all professional features of previous prosumer models, and has no consumer equivalent, although it has a larger shoulder-mounted sister camera, the HVR-S270.

Both video cameras feature interchangeable lenses. They attain low light sensitivity similar to the SD low light leader, the Sony DSR-PD170, and offer interlaced and progressive recording in HDV, DVCAM, and DV formats. Compact Flash recording is achieved by a supplied CF card recorder that is removable and connects via a proprietary firewire connection or 6 pin firewire.

The first true successors to the HDR-FX1 and the HVR-Z1, the HDR-FX1000 and HVR-Z5 were released in autumn 2008. They employ the same Exmor 1/3' 3CMOS design as the Z7/S270, and the Z5 is bundled with the same CF card recorder as the Z7, but the physical designs more closely resemble that of the FX1 and Z1.

Both models support interlaced and progressive scan recording. HVR-Z5 has native progressive recording. Both models have the 1-megapixel XtraFine LCD screen included in the EX1, Z7, and SR11/12. These camcorders introduced Sony G Lenses. The zoom range extends 20x, 29.5-595 35mm equivalent. It has a wider view angle than most fixed lenses in this price range.

The Sony HDR-GW55 was introduced in 2012 and is designed to be held vertically. It is marketed as a waterproof, dustproof and shockresistant Full HD camcorder. It can withstand up to a depth of 5m and accidental drops from 1.5m of height. It comes with a 10 × optical zoom lens. It has a GPS function for geolocating photos and videos.

Its successor, the HDR-GW66, was released in 2013. It has improved waterproof capabilities. It can withstand up to a depth of 10 meters and temperatures as cold as −10 °C. It uses a larger battery which increases recording time considerably. A front button was added for improved usability.

The TD20 is Sony's second generation of 3D AVCHD camcorder. It has been modified mainly to be a little smaller than TD10 and they also shortened distance between lenses, which makes the 3D effect a little less significant, but it is compensated with internal software. It records on internal 64 GB hard disk or onto Sony Memory Stick Pro storage cards, or onto SDHC cards. Released in 2012, it can record to max 28 Mbit/s in 3D or 2D. Its two sensors are 1/3.91' (4.6 mm) and each has gross 5430K pixels, and can produce a maximum 20.4-megapixel image in 16:9 (6016x3384).[3]

The NX5 is Sony's first professional AVCHD camcorder. It records either onto Sony Memory Stick Pro memory cards, or onto SDHC cards. An optional 128Gb Flash Memory unit provides up to 11 hours of recording time. It can record in Standard Definition using MPEG2 format, or up to 1920 x 1080 images at 24Mbit/s in High Definition mode in the AVCHD format. The camera is almost identical to the HVR-Z5, some people calling it the 'Tapeless version of the Z5'.

This compact camera comes with a 3.5mm audio input – not a balanced XLR input. It records up to 6 hours of full HD on 64Gb internal memory.

In January 2014, Sony released its first consumer UHD Camcorder. The AX100 is able to capture video at 3840×2160 resolution at 30p using a 1' Exmor R CMOS sensor. It uses a full sensor readout instead of line skipping which provides very high detail with minimal aliasing or moiré. It captures video using 14MP and then resizes the image to 8MP. It can capture photos at 20 MP. The highest quality video output uses XAVC S format based on MPEG-4 AVC/H.264 compression. Typical data rates are about 60 Mbit/s in this mode (100 Mbit/s in the firmware version 3.00). The SDXC memory card class 10 is required for XAVC S recording (SDXC class 10 U3 is required for 100 Mbit/s recording).

The Zeiss Vario Sonnar T* Lens provides a 12x optical zoom which starts at 29mm equivalent wide-angle. There is an optional 24x Clear Image zoom which zooms by using a smaller number of pixels until it matches the resolution of the output. Digital zoom can extend to 160x although with progressively degrading quality. Optical SteadyShot Image Stabilization has an optional mode called Intelligent Active Mode which using digital techniques on top of the optical stabilization to stabilize even more aggressively. The AX100 has neutral density filters built into the camera which is rare for a consumer camera. It can be set to automatic or manual control with the following settings: Off, 1/4, 1/16, and 1/64.

The AX100 provides both an EVF (0.39' OLED) and LCD screen (3.5' 0.921 MP). The multi-interface accessory shoe allows connection to an external flash or stereo microphones. The remote control interface is available via the multi-terminal port.

In March 2015, Sony released this smaller, lighter weight UHD camcorder using a 1/2.3' sensor with many of the same features as the AX100. With this camcorder, Sony introduced 'Balanced Optical SteadyShot' (BOSS), essentially a floating lens/sensor block combination to reduce shake. It comes with a 10x lens. Along with the reduced size is the reduced size EVF (0.24') and LCD screen (3.0' 0.921 MP).[5]

Introduced in 2016, this camcorder improves on the previous versions with the addition of bigger pixels in the same 1/2.5 sensor, hot shoe for an external microphone accessary, and in addition to optical steady shot, there is now 5 axis sensor stabilization, but it's disabled in 4k. 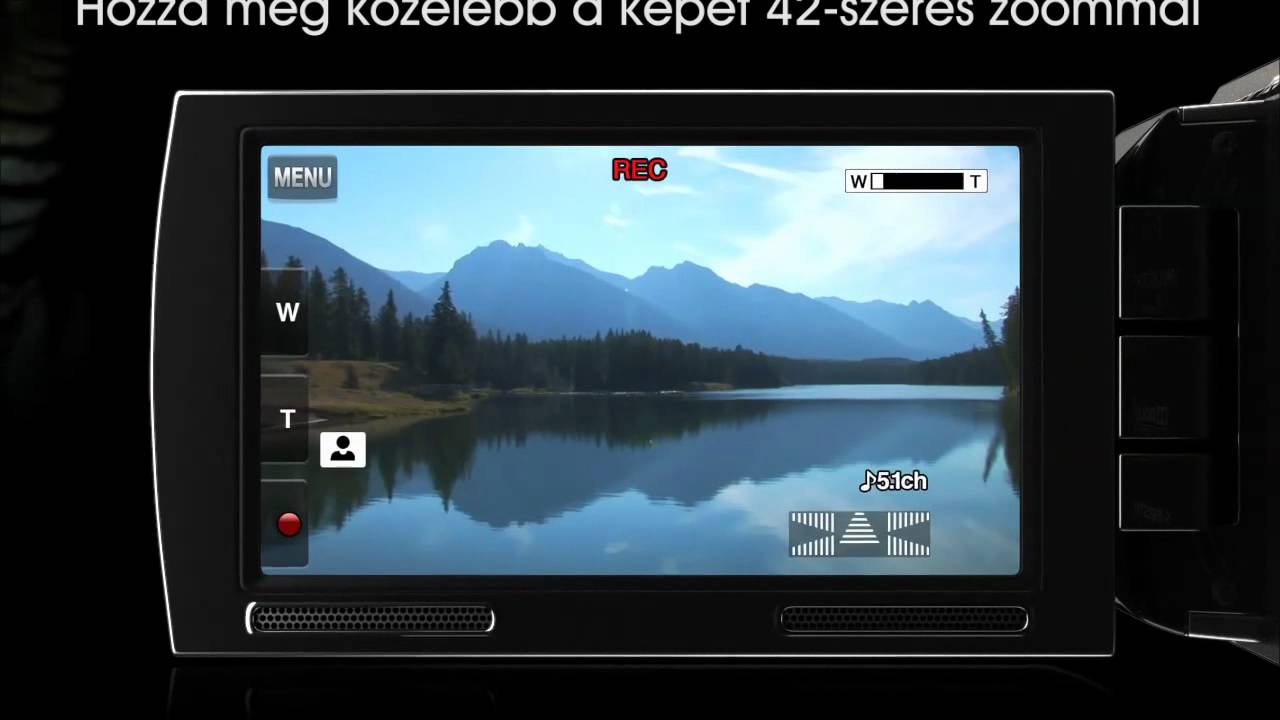 In 2011, Sony released 3 camcorders with a built-in projector at the back of the LCD panel that can display images up to 60 inches away onto non-transparent flat surface in front of the camcorder. HDR-PJ50V, HDR-PJ30V and HDR-PJ10 have the same specifications, except memory. They have 220GB internal hard drive, 32GB flash memory and 16GB flash memory respectively. The 1/4-inch CMOS sensor camcorders have 12 optical zoom lenses and can record 1080/60p video, slot for SD/SDHC/SDXC or Memory Stick PRO Duo memory cards and GPS (except HDR-PJ10).