Before beginning to conduct any tasks on your system, you must employ layered security measures to protect from malware. For most people who do not know that malware and antivirus are different kinds of threats to your system that cause variants of damages, there is no difference between antivirus and anti-malware software.

There are times when a malware crisis has struck your PC, and you keep thinking that your system is protected since you have an antivirus security measure set in place – that too, from an elite company. You need to make sure that your system is prepared to fight against viruses as well as incredibly harmful malware.

Malwarebytes Anti-Malware software features a deep cleaning feature that allows detection and removal of advance viruses’ rootkits from your system. It was introduced as a separate program, but recently it has been added into the Premium suite of Malwarebytes.

Malwarebytes is not your run-of-the-mill traditional security company that offers a generic antivirus software – it’s aim is more focused than that. It only offers two suites for personal use: Free and Premium. Even though there are two variations of Premium (For You, and For Home), the only difference is the number of devices you can protect with one suite.

If you want a free version of Malwarebytes you can get it here.

Malwarebytes Premium “FOR YOU”

This suite is available for two different kinds of subscriptions:

In case you have opted for the Android version Malwarebytes Premium gives you the option to lock your device remotely, get rid of suspicious apps, and prevent incoming damage from harmful links in text messages.

This suite features the same options as For You, only for up to 10 devices.

The added benefit: you can connect Mac, Windows, and Android devices all at once, since it supports multiple devices, simultaneously.

It’s no secret that Malwarebytes is one of the top companies that you can opt for if you are looking to protect your system against deadly malware attacks. Its strong suit is catching malware and preventing any further breaches from taking place – it is what the company aims at the most.

Like most software companies, Malwarebytes offers a Premium version as well as a Free one. Most of the companies tend to offer a free product as a must since they don’t want the visitors to walk away with no security program – it also does not hurt to make some advertising revenue through free malware protection. You get protected against malware, the company makes some money, without anyone having to pay at all.

But, just as expected, the Free version of Malwarebytes lacks many features that the Premium version offers.

Whereas Malwarebytes Anti-Malware Free is only capable of: 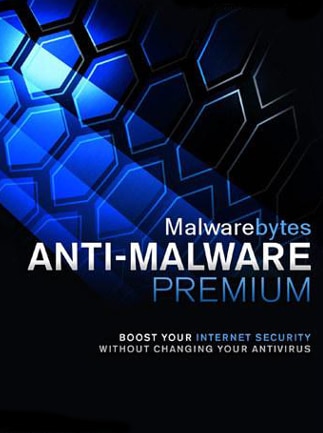 It is not a surprise that the Premium versions of Malwarebytes offer a more feature rich panel than that of the Free version. Basically, the free version only does the cleanup – and no prevention from further incoming attacks.

Let us start with the general experience of Malwarebytes. Once you install the software, whether it is the free version or the premium one, you get a 14-day free trial period. This trial period allows you to use all of the features. You can enjoy all of its high protection detail, including real-time scanning. But, as soon as this period expires, you will have to manually scan the issues and it will no longer automatically run in the background.

You can then run any of the three options of scans to run on your system:

The utterly comprehensive scan sifts through any and all suspicious items and activities that may be looking to attack your system once you reboot it. It may seem time consuming, but in the long-run, this initial scan will help you avoid all the major harms that you could have incurred had your system not been scanned properly – especially if you have been noticing some unexplained lagging on your system or your browser is acting odd.

The most commonly known threats are not the only probable causes for a breach in your system – which is why Malwarebytes adds extra layers of protection for your system.

These threats may not seem that malicious at first, but PUPs are capable of:

Ransomware is a more widely known threat, and it can enable hackers to hold your sensitive data hostage – until you provide them with what they have demanded for in exchange (usually money).

Malwarebytes comes with extra protection protocols that make up for the lack of antivirus program, initially. However, regardless of the suite, you decide to opt for, Malwarebytes operates simultaneously with your regular antivirus in place – proving to be a user-friendly software. 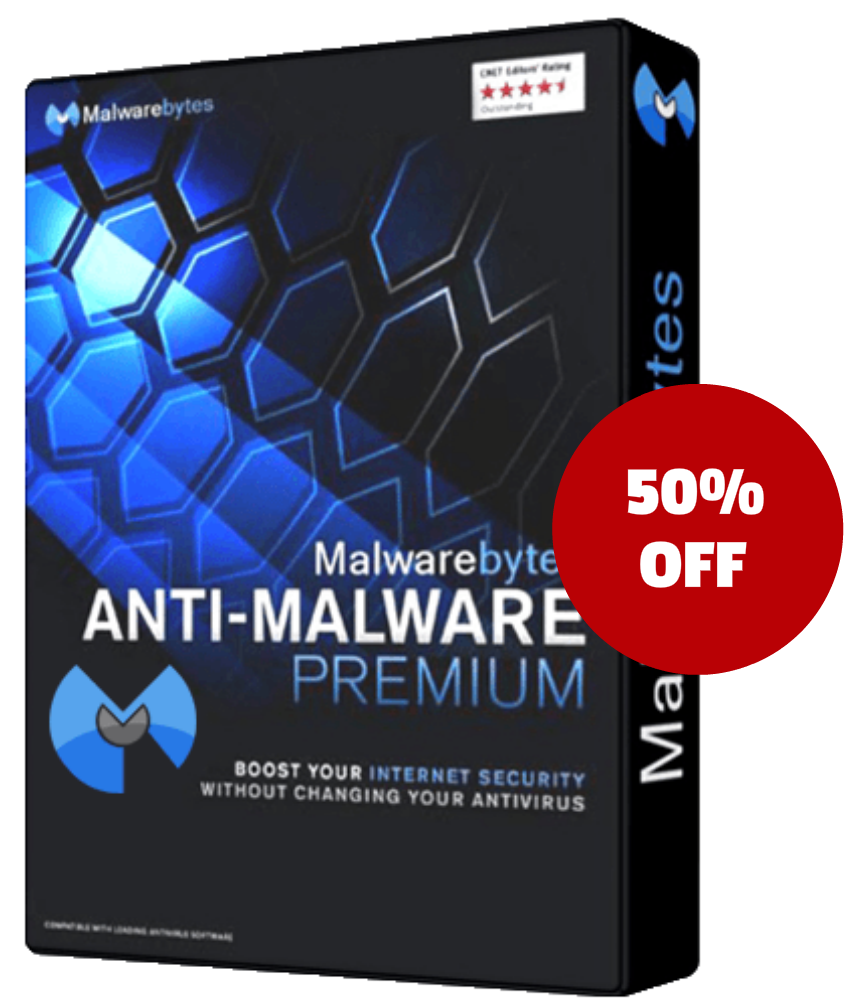 The features discussed below are only a part of the Premium suites and not the Free version of Malwarebytes Anti-Malware. 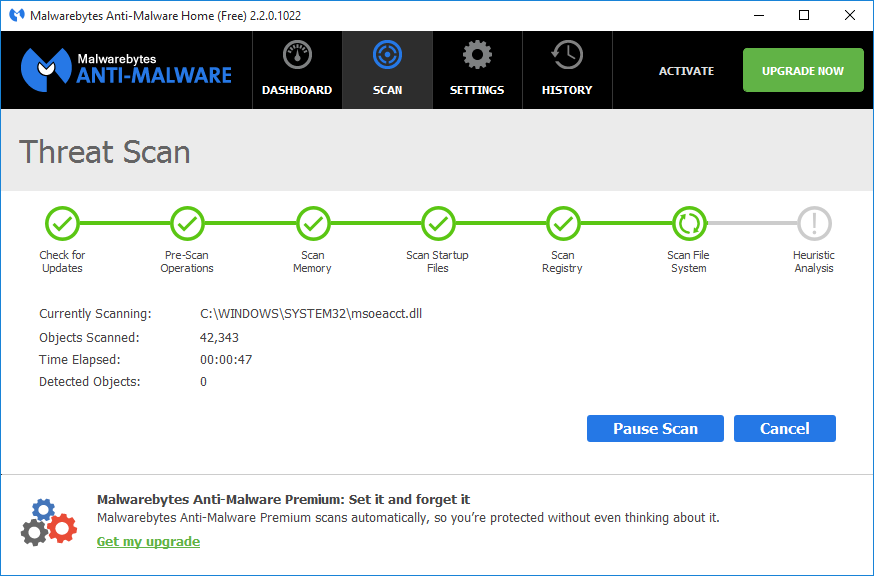 This is one of the most sought after features from Malwarebytes. Its real-time protection not only detects and prevents malware and other malicious threats from being downloaded, but it is capable of completely removing the corrupted threat from the system altogether. After removing the threat, it creates a notification alert to warn users in case of the system coming in contact with one.

In case you don’t want certain files, folders, and websites to be a part of the scan, you can simply add them in these different sections (Malware Exclusions and Web Exclusions) that come with the Malware Anti-Malware Premium widget.

You cannot always run a manual scan – people are either too busy or forgetful. Either way, Malwarebytes allows you to schedule all the tasks ahead of time so that they run smoothly while you don’t panic later on.

Some systems are so heavily infected that they don’t allow antivirus or anti-malware programs from being installed. Malwarebytes comes equipped with a “Chameleon” mode that lets it pass through undetected and enter the system – removing all the infections upon entry.

Malwarebytes Anti-Malware software features a deep cleaning feature that allows detection and removal of advance viruses’ rootkits from your system. It was introduced as a separate program, but recently it has been added into the Premium suite of Malwarebytes.

Since anti-malware software are designed to fight heavier threats, they usually affect your system’s functionality as a whole. During the many tests that were run on Malwarebytes during this review, the results were mixed.

Initially, the program file is not that large and presents no lagging issues in the beginning. Malwarebytes is designed to run simultaneously with other antivirus programs protecting your system at the same time – hence, it does not come with a particularly heavy impact on the system.

During our tests, Malwarebytes resulted to be the second lightest, coming next to AVG Antivirus. The Malwarebytes complete scan finished in 4 minutes after its initial install, however, when we ran our OpenOffice test it took about 12 minutes and 2 seconds.

To conclude this review, it is clear that purchasing Malwarebytes Anti-Malware Premium would be a definite step-up or a few steps up, from the Free version that the company offers. The features that stand out particularly are Chameleon and Anti-Rootkit, which enable your system to stay protected against hidden and advanced threats.

Another stand out quality is that it does not interfere with the functionality of other security software that you have on your system – need to stay protected against all kinds of threats. Since Malwarebytes does not feature commonly available protection against threats like spyware, webcam protection, and lacks features like parental control, the non-interference nature works in its favor.