The 'heroes in a half-shell' make their video game appearance courtesy of Ultra! In this adaptation of the comic book cult figures, you control the Teenage Mutant Ninja Turtles on a battle against an evil assortment of nasties. Power-up with pizza and map your progress in the overhead areas. TMNT combines side-scrolling action sequences with adventure overtones and even enables you to control all four of the fearless turtles in different ways. 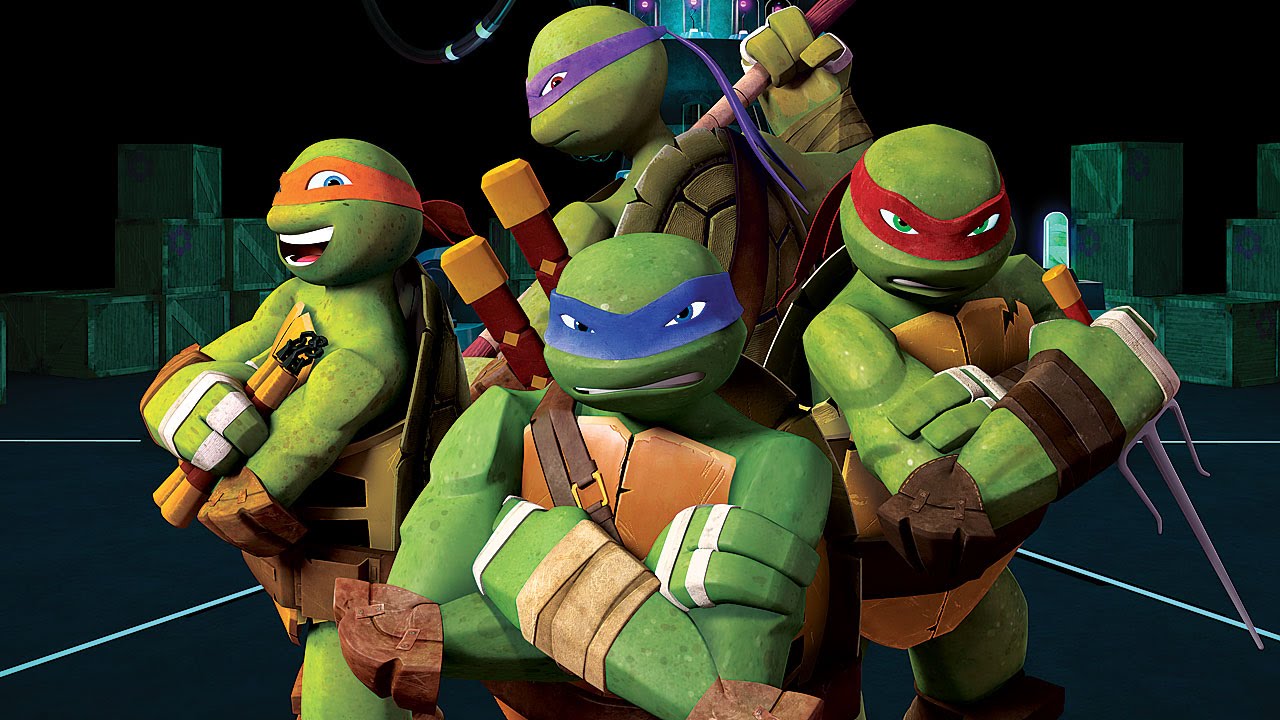 Teenage Mutant Ninja Turtles is a decent game that has some adequate action sequences that get bogged down by the adventure aspect of play. Nothing about the game is revolutionary, but it does possess some nice qualities and familiar characters.

The name says it all. Combine trendy characters with a fun-to-play game and you get an instant hit! With the party wagon for wheels and pizza to eat, who needs anything more! One of the best games this fall!

TMNT wasn't overly impressive - I thought it would have been much better considering all of the hype that it received. The game play is there and the graphics are nice, but the whole cart didn't meet my expectations. It is good, but I was expecting more.

The controls in TMNT are too jerky and it quickly becomes difficult to control your characters. The scrolling also hinders the game by placing you in vulnerable positions. The intermissions are cool, but the rest of this cart is a disappointment. Not a true Konami game.

The first game based on a hot TV cartoon series of the same name from Konami is a fun, but frustrating, platform title that mixes top-down view with standard side-scrolling action. Practically every adolescent boy that owned a Nintendo has at least played this game.

In the overhead scenes, you explore the level, watching out for foot soldiers or street cleaners that can plow you over. Once you enter a building or a sewer, the action switches to a typical side-scrolling view. There are many levels (i.e. buildings you can enter) in the game, each with its own little goal. For instance, your mission in the first level is to rescue a reporter friend of our Ninja Turtles, April O'Neil. Other levels require that you defuse bombs by a dam, or rescue the Turtle's van, for example.

Although there is no multiplayer support, you can switch between each of the four turtles at any time. If a turtle runs out of life, they get captured by the enemies and disappear. You'll then have to control another turtle and find the imprisoned friend somewhere on the same level. As with the cartoons, every turtle has his own characteristic weapons: Leonardo has a quick sword with a wide range, Donatello has a powerful but slow Bo, Michelangelo has quick nunchuks, and Raphael posseses almost useless Sais. There are also other limited weapons to be found, such as shurikens, scrolls that shoot out waves, etc.

Despite a good variety of monsters, weapons, and missions, gameplay is severely imbalanced. There are always so many enemies that in some areas it's impossible to get past them without getting hit. There are also many jumps that require that you get to the precise edge of platform and jump with the precise height in order to make it to the other side. If your reflexes are not superhuman level, this is very difficult to do.

In short, Teenage Mutant Ninja Turtles loses its appeal after you've failed to make that darn crucial move too many times. If you're not a joystick expert, stay away from this one, or play the much more forgiving TMNT 3: Manhattan Missions instead.

There were two U.S. versions. The first one (version 1.0) had the design flaw in the sewers in level 3, making it impossible to beat without cheats. However, there was a revision (labeled 'version 2.0') which had that bug fixed, like the european version. The files needed to fix the flaw are available at the 'PC Gaming Wiki'.
https://www.pcgamingwiki.com/wiki/Teenage_Mutant_Ninja_Turtles

Can someone upload non-cracked version of the DOS-versions of the game (European and US versions) and preferably as disk images?

This is showing as the U.S. release. Is it possible to have it replaced with the European version? The U.S. version has a major level design flaw in Level 3 that makes it unbeatable without using cheat codes, but it was fixed in the European version.

works, and doesn't ask for key.. if you have lost the game manual, in the last 20years, this is perfect to play the game again

game works good. i recommend this game to anyone and everyone cause i grew up with this game and it rocks big time. old but hey. if you never beat it u should, i am so i can just be in the story and follow it like i didnt get to finish a long time ago

Es file explorer file manager apk download apkpure. Share your gamer memories, help others to run the game or comment anything you'd like. If you have trouble to run Teenage Mutant Ninja Turtles, read the abandonware guide first!

We may have multiple downloads for few games when different versions are available. Also, we try to upload manuals and extra documentations when possible. If the manual is missing and you own the original manual, please contact us!