Npm install -g @angular/cli This command will install the latest available Angular CLI version on your macOS system. If you need any other Angular version on your macOS use one of the following commands as per required version. The Phrase CLI tool offers access to our API via your platforms command line interface. Synchronize your locale files with your source code repository or integrate Phrase into your build process.

We ran the command: ng new my-new-project which is the bare minimum requirements for using the CLI to start a new project.

However, there are other flags you can pass to the ng new command. The official Angular CLI wiki page will show you all of the commands, and if you click on the ng new command, you will find that it supports the following flags:

The documentation allows you to click on each option above, providing you with the actual flag to use during installation, and the default value.

Typing on a Slide During the Presentation This module explains how to prepare a PowerPoint show to accept information typed onto the slide during the slide presentation. Suppose that you are reviewing the parts of a plant and want students to name them during the show. One way to do that is to use the PowerPoint. As you’re giving a PowerPoint presentation, you may want to make some notes on the slides, such as circling a word, underlining a phrase, or highlighting a key concept. The Pen tools enable you to do all those things. Making these changes is called annotating. PowerPoint for the web doesn't have the ability to save the onscreen annotations you draw. Change the pen, or erase your ink. To change the color of your ink, or switch from pen to highlighter or eraser, move your cursor to the lower left corner of the window to expose the presentation toolbar. Powerpoint for mac 2016 type on slide during presentation template.

So, for instance, if you wanted to set up your new Angular 5 project to work with Sass styling, you would run the following command:

Another common flag I add to new projects that I know will require routing is:

Then, of course, if you wanted to combine the two above (a project with Sass support and routing), like we did with our initial project:

This will setup the basic scaffolding to handle an Angular 5 app with multiple routes (or put differently, multiple URL's). 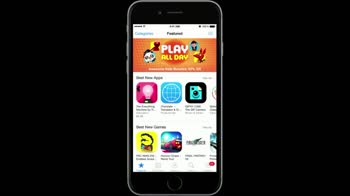 I won't run through all of the other options, as you can use the documentation to see what they offer based on your needs.