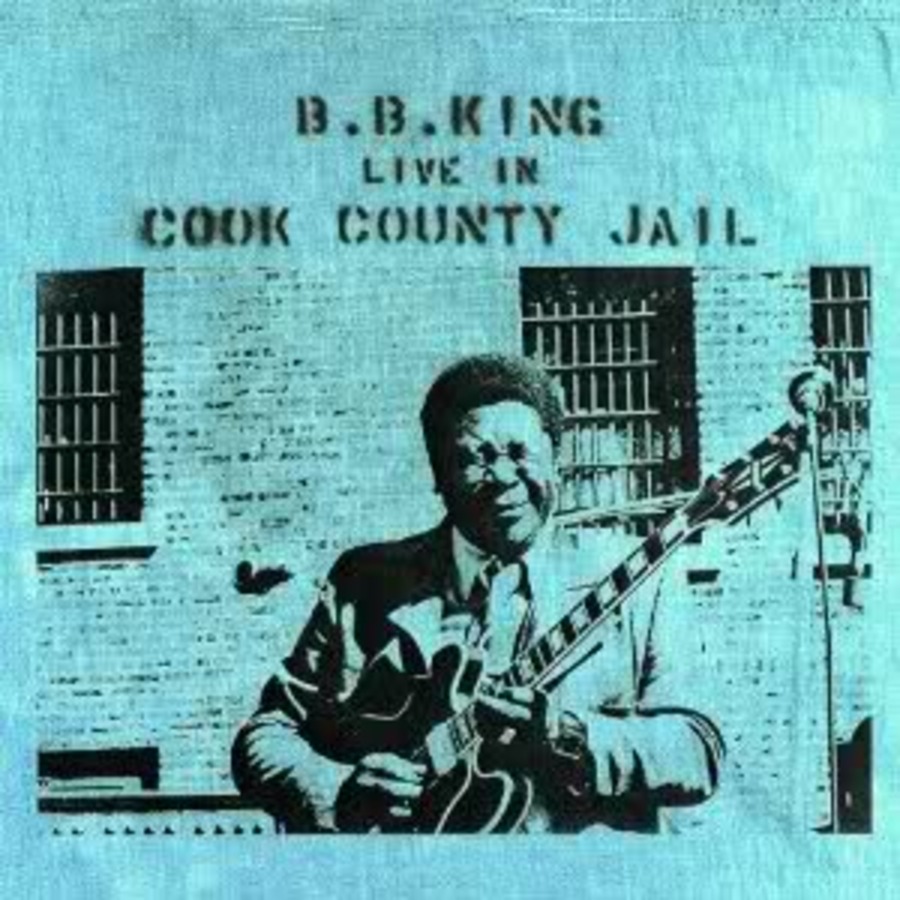 The Bihari brothers didn’t go all that far out on a limb when they brainstormed the title of his encore album on their budget Crown subsidiary in June of 1958. What else would B.B. King proudly serve up for the LA label but THE BLUES? Like its Crown predecessor “Singin’ The Blues” (available on Ace CDCHM 1041 as part of the rollout of B.B.’s Crown LPs), “The Blues” collected a dozen gems from King’s singles back catalogue – here from RPM and Kent.

Although it didn’t boast nearly the lineup of non-stop hits as King’s seminal debut album, there’s certainly no diminution in musical quality here. Nor were there any apparent concerns about the vintage of its selections. The set harked all the way back to B.B.’s legendary ‘51 session at the Memphis YMCA – the same fabled get-together that produced his first smash 3 O’Clock Blues - for its swinging flip That Ain’t The Way To Do It.
‘Boogie Woogie Woman’, a romping relic with Tampa Red roots also dating from King’s primordial Memphis tenure, sports Ike Turner’s rumbling 88s audaciously pushing B.B.’s hearty vocal (he contributed no audible guitar whatsoever to the sizzling track). The mournful Don’t Have To Cry was waxed in Houston circa 1952/53 with saxist Bill Harvey’s combo. It originally served as the opposite side of B.B.’s Latin-tempo winner Woke Up This Morning, which the Biharis included on King’s first LP. A pair of similarly saucy rhumba-tinged sides are aboard here, both of them bongo-laced. Don’t You Want A Man Like Me, was laid down at Capitol Studios in early ‘54 and features here minus the cowbell overdubs present on the RPM single. The following year’s playful Ruby Lee jauntily follows in its spicy footsteps.
King never had any reservations about recycling blues gems of the past (Lowell Fulson’s 3 O’Clock Blues, Memphis Slim’s Every Day I Have The Blues, Big Joe Turner’s Sweet Sixteen, and the warhorse Rock Me Baby leap to mind). B.B.’s luxuriantly downbeat ‘54 hit When My Heart Beats Like A Hammer was another tried-and-true artifact, freely adapted from the first Sonny Boy Williamson’s Million Years Blues. Why Do Everything Happen To Me, King’s current single on Kent when this set hit the shelves, was yet another welcome revival, this time from the discography of Bay Area pianist and former labelmate Roy Hawkins (B.B. would memorably return to Roy’s songbook in 1969 for what’s endured as his eternal signature song, The Thrill Is Gone). The strutting You Know I Go For You was the coupling on the original Kent 45, and it’s sad testimony to the commercial demands of its rock‘n’roll-obsessed era that such a fine two-sider sank without trace.
Tenor saxman par excellence Maxwell Davis came on the scene as Modern Records’ A&R boss mid-50s, about the same time most of the label’s illustrious blues roster was pink-slipped in favour of a new generation of rock‘n’rollers. Max’s arranging talents greatly enhanced B.B.’s RPM output, and his full-bodied sax challenged B.B.’s sweet Lucille for solo supremacy on quite a few mid-decade King tracks. Davis’ tight horn sections inevitably glided with assurance behind King, as What Can I Do and the single Troubles, Troubles, Troubles b/w I Want To Get Married underscore (the album version of the latter turns out to be a slightly different alternate from the single). The crackling-drums-followed-by-walking-bass combination that announces the rocking Early Every Morning was cadged from Elvis Presley’s then-current remake of Arthur Crudup’s My Baby Left Me, leading into the most aggressively driving number on the set and containing a load of blistering King guitar.
Like all the other entries in this series, “The Blues” comes with rare bonus tracks. This Sweet Little Angel’ yet another chestnut that harked all the way back to Lucille Bogan’s Sweet Black Angel (B.B. was likely more familiar with postwar renditions by Tampa Red and Robert Nighthawk), is neither his ‘56 hit version done in Little Rock with his road band nor the slicker Davis-helmed L.A. rendition heard on “Singin’ The Blues”, but a nice alternate take of the latter. There are also two scorching up-tempo efforts from obscure RPM singles: Bye! Bye! Baby is a throwback with Harvey’s organization providing typical sure-handed backup, while I’m In Love is Maxwell Davis at his arranging best.
The other three items are a story unto themselves. B.B. was ready to bolt the Biharis’ employ in May of ‘58 when he spent a few idle hours away from a Miami gig to knock off four sides for the perusal of none other than Leonard Chess. New Orleans bandleader/pianist Paul Gayten was in charge of the clandestine outing. B.B. was backed by his road band, and overall, it must be admitted that the results were a bit underwhelming. Yet Don’t Break Your Promise, Don’t Keep Me Waiting, and the trifling dance number Tickle Britches are invaluable from a historic standpoint. And they sure sound better here, right off the masters, than in the dubious copies that have occasionally made the rounds up to now.
With compiler/annotator John Broven’s usual insightful notes, this tenth volume in Ace’s essential (and remastered) mid-price series of B.B.’s Crown LPs rates with his finest long-playing offerings for the label. This is truly the blues according to B.B. King.
By John Broven KING OF THE BLUES was the sixth of B.B. King's twelve Crown LPs, and if there were no other reason to be cheerful, we should congratulate the Bihari brothers for resisting the world's most obvious title for so long. But while it may be obvious, as a description King Of The Blues is no hype-.-rather, it's an accurate assessment of the man, his music and his status, both in the early 60s and now.
There's not a wasted note on this CD. (Well, hardly any-.-in honesty, it may take more than one play of the concluding Worried Life Blues, with its 1970 organ and girl group overdubs, to convince some listeners.) From the first bars of I've Got A Right To Love My Baby, King of the Blues defines the revolution that Riley B King wrought in the blues. You can identify precursors: the elegant logic of Lonnie Johnson, the fluid rhythms of Blind Lemon Jefferson and T-Bone Walker and the gospel passion of the Fairfield Four's Sam McCrary are all in the mix, but it took B.B. King to fuse these and other influences in the crucible of his incandescently passionate singing and playing, turning them into a new blues alloy: strong, flexible and beautifully polished. He couldn't have done it alone, though, not the least of the pleasures to be had from King Of The Blues is listening, in Ace's exemplary sound restoration, to Maxwell Davis' punchy, economical horn charts and the impeccable rhythmic foundation supplied by Lloyd Glenn, Marshall York and Sonny Freeman.
Most of the ten bonus tracks come from singles that were released after King moved to ABC, and it's frustrating that we don't know who most of the musicians were-.-who played the stuttering, squalling tenor sax on Tell Me Baby, for instance? That remake of a Big Maceo song is one of several tracks that testify to King's deep knowledge of the blues heritage-.-Going Down Slow and Sonny Boy Williamson's When My Heart Beats Like A Hammer (aka Million Years Blues) are others. And of course by the early 60s King was himself as much an idol and an icon as any of his precursors, and was exploring his own history with classy remakes of Whole Lot Of Lovin' and 3 O'Clock Blues. King of the blues? You'd better believe it.
by Chris Smith 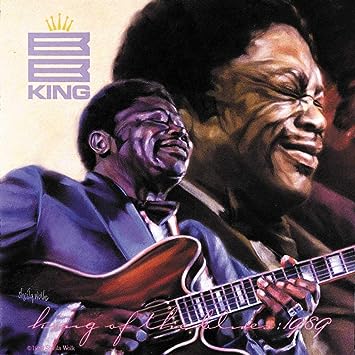 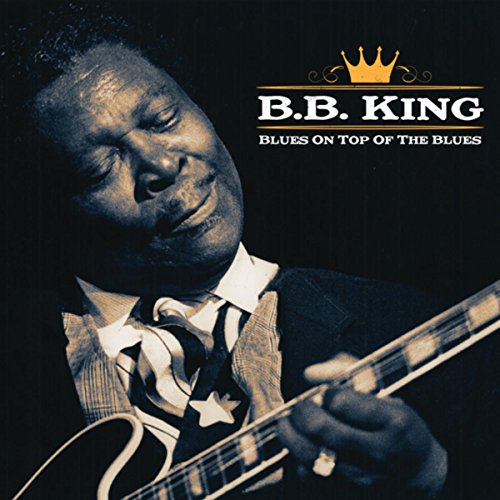 B B King Blues Music

B.B.King New Songs - Download B.B.King mp3 songs list and latest albums, Songs Download, all best songs of B.B.King to your Hungama account. Check out the new songs of B.B.King and albums. Find the best place to download latest songs by B.B.King. Download Hungama Music app to get access to unlimited free songs, free movies, latest music videos, online radio, new TV shows and much more at. King - Why I Sing The Blues BBs Theme,Why I Sing The Blues,Darling You Know I Love You,Caledonia,All Over Again,Everyday I Have The Blues,Sweet Little Angel mp3 album free. Autodesk revit download for mac.